An Illustration of Data Size and Storage Costs

I participated this year in National Novel Writing Month (NaNoWriMo), a loosely organized effort in which writers worldwide try to write the first draft of a novel during the month of November. The specific goal is 50,000 words written during the month. I wrote a 50,000-word first draft of the science fiction novel The Only Band in Town. In total this year, participants logged 3,288,976,325 words, and this sum provides a nice lesson in proportion when it comes to work and data storage.

A novel is a lot of work. The point of the gimmick of putting this effort into the single month of November is to keep people from fretting over so many details that it takes years to write a first draft. When you talk about 3 billion words of fiction, that represents lifetimes of work. 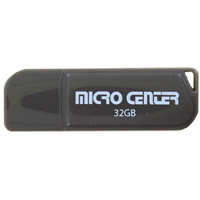 Yet the cost of storing all this work? Fuhgeddaboudit. Obviously, novels from all over the world aren’t all collected in one place, but if they were, this year’s 3.3 billion words would not quite fill the USB flash drive shown here that weighs less than 10 grams and sells, today, for $16.

Just eight years ago, the costs of data storage were significant. Just last year, the cost of a 32-gigabyte flash drive was twice the current price. Even the heartless cost-cutting that cash-strapped corporations engage in can’t keep up with the decline in cost of data storage. They could squeeze another 15 percent out of this year’s already inadequate storage budget, and that would still mean more than enough storage for all of next year’s work, just taking into account price cuts that have already taken place.

Work is expensive. Data storage is not, not anymore. Our thinking has not entirely caught up with this shift in proportions. Here are three more comparisons to make this point:

Think about this way. Buying a USB flash drive is easy. Keeping track of it so that you don’t lose it takes real work. Finding one of your files among all the files you have saved can take minutes, hours even. Data storage is no longer the major cost in storing your work.